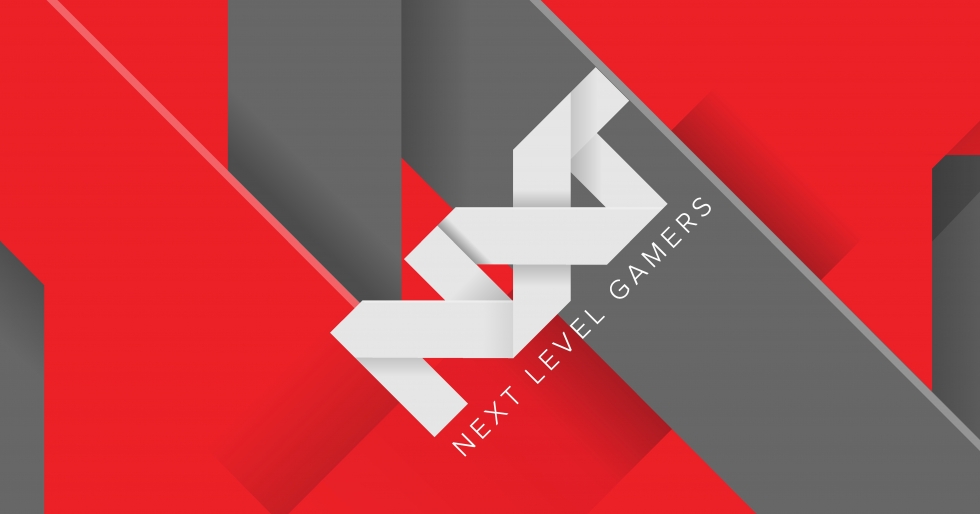 Online gaming is often imagined as a dark and dingy place where people dress in long black jackets, babble tech talk, sport unwashed hair and are dwarfed by the scale of a PC next to their overly large screen (or screens) which lights up like a goddam Xmas tree which have been draped in empty cans and subsequently surrounded by dirty dishes.

Granted, some of these imaginings can be close to the mark for a select few, my experience has been the opposite. Imagine if you will a group of ppl who play a game a lot. They see familiar names in those games and over time, in-game chat is replaced by voice chat, voice chat is followed up by a serries of communication channels, think forums, chat apps, social groups.

Fast-forward a few years, there's a bunch of us, 30-40. We all play the same games, we all get along well and as a designer, I create a new logo for us bc, why not, I'm a designer. Then I can do front-end code, why not get a free forums kit and skin it, then as a User Experience designer, I get utterly frustrated at this free stuff and they way they want us to use it, it's 💩 for the way we want to use it.

So as a founding member and looking to use all my powers for good, I task myself with creating a new brand and a new bespoke website that does exactly what we want it to do. Now bear in mind, this is before FaceBroke and Twit'ters.

We were active in competitive gaming, we were becoming active with face-to-face catch ups where we had awards and memorabilia, the branding was important. The brand had to be on-point, unique and scale well.

Comms within the group was interesting, only a few ppl ever created content then e.v.e.r.y.o.n.e would comment. We needed admins to have their own channel and scrims needed to be more front and centre. I invested a 💩 load of time in drawing up the elements, creating the bespoke ajax behaviour 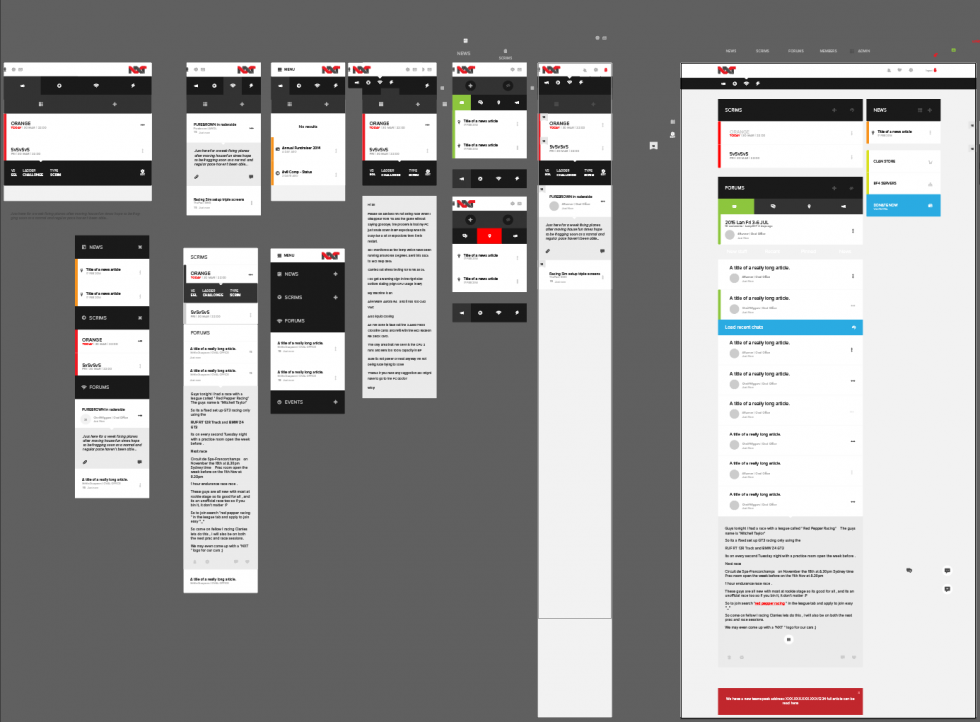 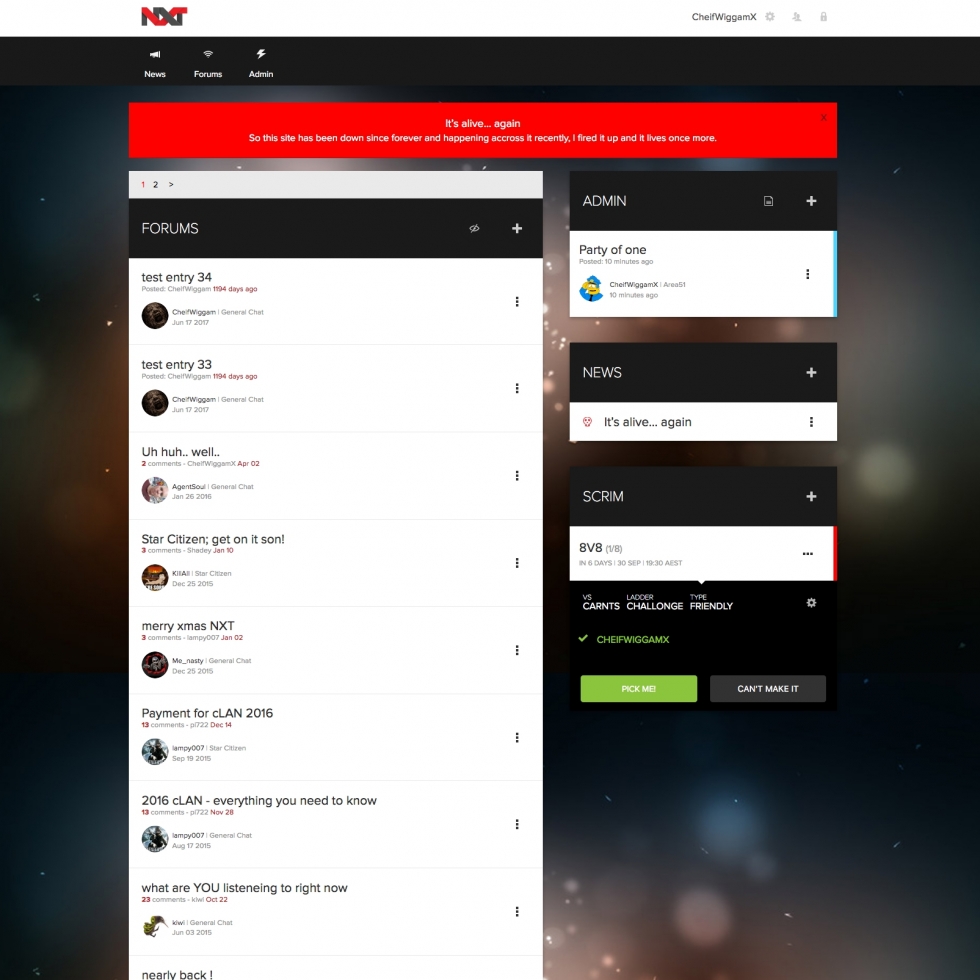 By far one of my most enjoyable projects only to see the group fall apart months later. Mongrels will be mongrels :P